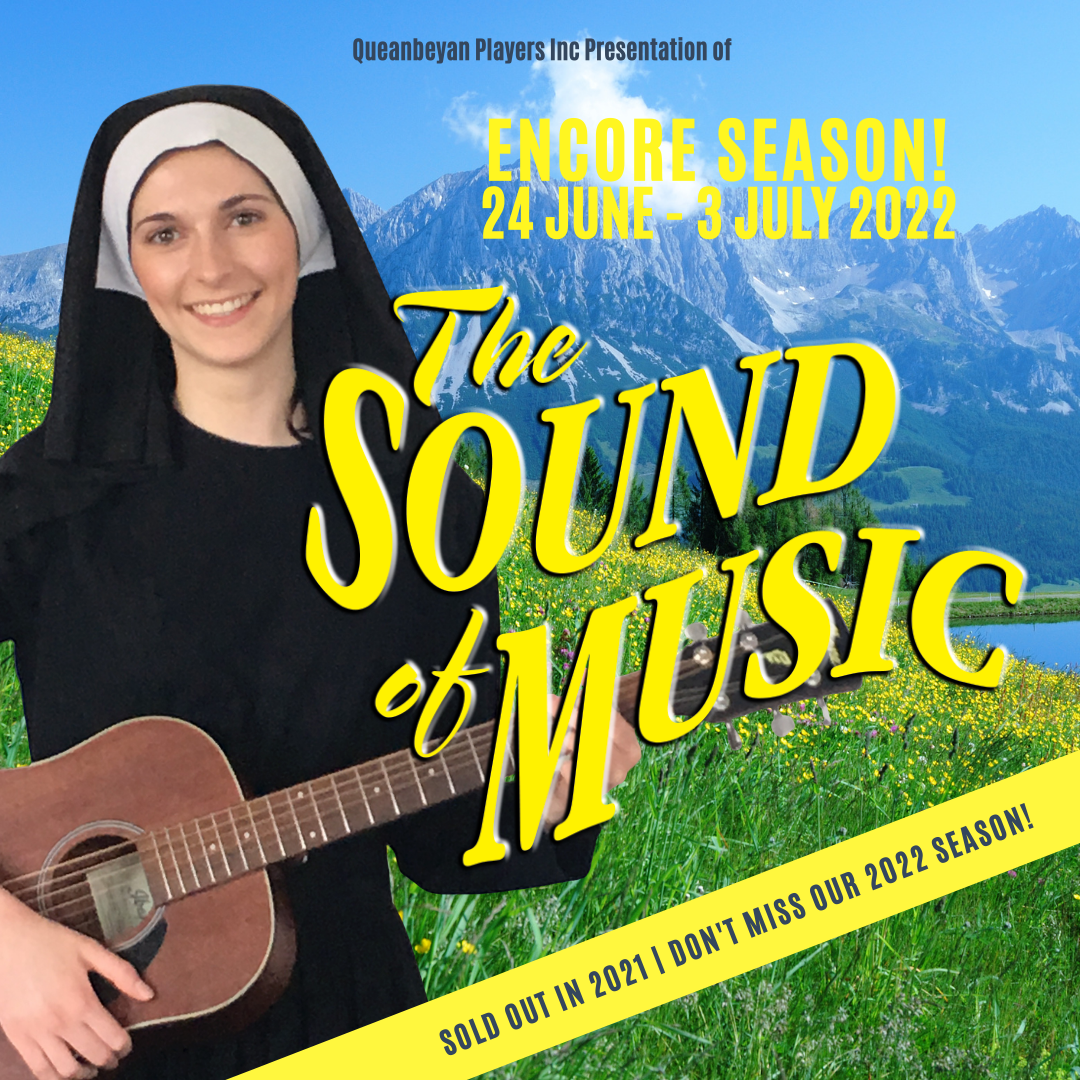 As you know, we were unable to stage ‘Oklahoma!’ this year as planned.

This was devastating news for QP, the Production Team and Cast, but we are all very keen to continue where we left off once the rights become available again.

The QP Committee would like to again thank the Production Team and Cast for the work that has already been put into Oklahoma! The perseverance and dedication they have shown through 2021 with the show being postponed from June to October and then this happening has been incredible. This show will go on and it will be phenomenal! Thank you all again for being part of the QP Family.

As it is an encore, we are pleased to let you all know that the original cast from 2021 will be returning with a few exceptions. Unfortunately, Veronica Thwaites-Brown is unable to join us as Elsa and we would like to welcome Demi Smith to the role. Demi was to be playing Laurey Williams in Oklahoma! Also, Chris Bennie cannot join us as Admiral von Schreiber, and we would like to welcome Paul Sweeney. Paul was to play Jud Fry in Oklahoma! Erin Stiles who played one of our Brigitta’s last time is unable to be with us in June. Some of our nun’s chorus can’t make it this time, Jude Colquhoun, Madeleine Rowland, Kath Temple and Emily Hosier. We would like to welcome Carly Carter, Abigail Dunn and Freya Rowell from the Oklahoma! chorus and also a welcome back to Lillee Keating & Jill Young who were originally in the SOM chorus but were unable to perform with us last time.

Yes, we are bringing back our original kids and yes, they have grown but were all incredibly excited to come back and be the von Trapp family again, and Willum will finally get to play Kurt! Yay!

Our incredible thanks again to Veronica, Chris, Jude, Emily, Kath, Madeleine, for their incredible contributions to the show and the QP Family.

AND to top it all off: TICKETS ARE ON SALE!!!

Also don’t forget to book for ‘KEATING!’ opening in just over 2 WEEKS!