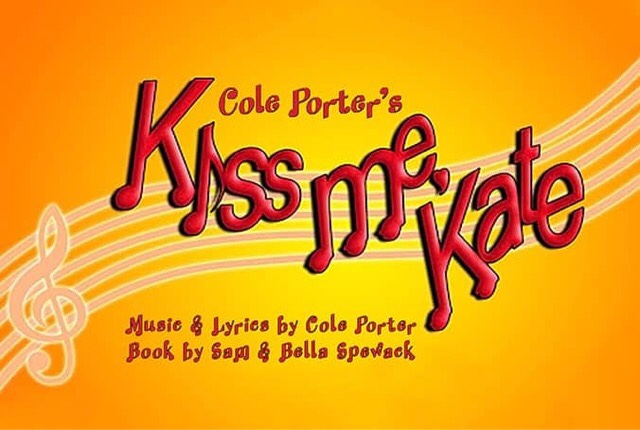 Queanbeyan Players are excited to announce auditions for our (hopefully) second production for 2021 – “Kiss Me, Kate”!

“Kiss Me, Kate” is the Broadway hit musical written by Bella and Samuel Spewack with music and lyrics by the brilliant Cole Porter. It was Porter’s response to Rodgers and Hammerstein’s “Oklahoma!” (QP’s third production for 2021) and other “integrated musicals” and was the first show he wrote in which the music and lyrics are firmly connected to the script.

The show opens with a theatre company preparing to stage a musical version of William Shakespeare’s “The Taming of the Shrew”.  The conflict on and off-stage between Fred Graham, the show’s director, producer and star, and his leading lady (and ex-wife!) Lilli Vanessi, parallels their roles in the play as Petruchio (the suitor) and Katharine (the Shrew). To add to the hilarity is the strange romance between, Lois Lane, the flirty actress playing Bianca and her gambler boyfriend, Bill, who runs afoul of some “old school” gangsters who teach us how to “Brush Up Your Shakespeare”!

This is a classic “golden era” musical comedy but refreshed for and set in the 21st century. We are happy to consider gender-swapping a number of the supporting roles including casting them as LGBTQI+. These roles are identified in the Audition Pack.

There are a couple of really great dance numbers in Kiss Me, Kate where we are looking to showcase highly talented dancers.

To book an audition spot, please contact auditions@queanbeyanplayers.com. Information for all auditionees regarding commitment to the show can be found here and the Audition Pack can be found here. The production team look forward to meeting their potential new cast members!